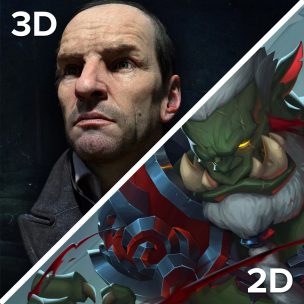 Gaming News
2D and 3D Art Cost: Universal Formula for a Quick Estimate [+Built-in Instant Price Calculator]
Today we are here again to talk about 2D and 3D art prices. This important topic has already been raised by us more than once in a series of articles devoted to different types of game art. You can brush up on them or get to know them for the first time using the links below. Dive Deeper: ✔ How Much Does Concept Art Cost? ✔ 2D art in the relevant portfolio section. More Examples of 3D Art Created by the Kevuru Games Team You will find more case study. Our 3D team also worked on characters from the legendary Star Wars franchise from Lucasfilm. The photorealistic infantryman and droid with multiple color options were optimized for maximum performance in VR. Read more in the
15 min
2046 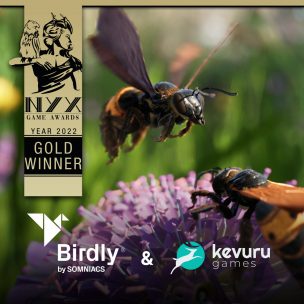 Corporate News
Kevuru Games and the Birdly Insects Project Win Gold at NYX Game Awards
The 2022 NYX Game Awards has unveiled its’ marvelous index of winners for Season 2 for public viewing under the banners of the International Awards Associate (IAA)! The awards program strives to recognize creative and technical excellence in the advancement of the overall gaming industry, forging a wide-ranging phenomenon of acceptance amongst diverse audiences. In the 2022 NYX Game Awards Season 2 cycle, Birdly Insects/Kevuru Games prevails with the official website. You can also read detailed information about how Kevuru Games worked on Birdly Insects on the
15 min
2199 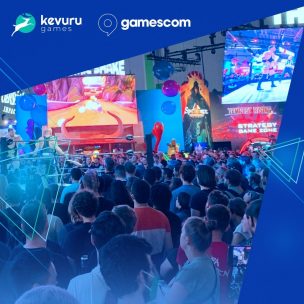 Corporate News
Kevuru Games at Gamescom 2022
Gamescom was exciting and full of inspiration. More than 250,000 visitors from all over the world enjoyed highlights from around 1,100 exhibitors from 53 different countries. The online part of the Gamescom 2022 program was also recognized as successful, having collected about 130 million views on all platforms as of Saturday evening, and the opening ceremony of Opening Night Live attracted over 12 million viewers. The conference was remembered for productive working talks, the latest releases, fantastic cosplays and an incredible atmosphere. We were glad to be a part of Gamescom!
15 min
1479 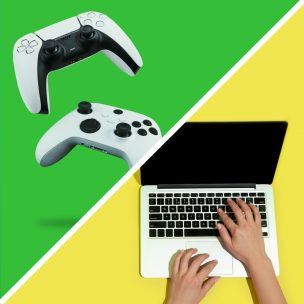 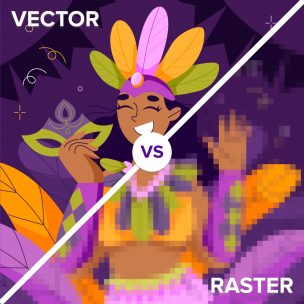 Gaming News
5 Most Exciting Gaming Technology Trends in 2023 [+ Special Bonus Trend That-Must-Not-Be-Ignored]
We are not always directly interested in technological trends until we witness them directly. That being said, this incarnation is most obvious in the global video game industry with a turnover of more than $200 billion. Playing a new VR game or hanging out in an addictive metaverse, you gradually realize that you have already joined the trends. Or is this realization yet to come? Video games have come a long way from toxic-bright pixelated platformers to ultra-realistic open worlds with thousands of real-time players. The development of visuals and interactivity is inextricably linked with the development of technology, which gives a technical opportunity to deploy resource-intensive processes. And if you’re interested in learning more about what new gaming technologies are shaping the modern world, join our short but fact-rich tour. Or skip to that very bonus trend. We wonder if you have any idea about it. Trend #1. The Metaverse. Headlong Dive into Virtuality According to the classical definition The metaverse is a permanent virtual space in which people can interact with each other and with digital objects through their avatars. In addition to games, these can be purely social platforms where people communicate, attend events, buy virtual assets, etc. Following the success of the Fortnite music concerts, many tech corporations have taken notice of the metaverse’s potential to provide a wide range of experiences beyond pure entertainment. In the future, global giants like Microsoft plan to further expand the capabilities of the metaverse, equalizing them with those in the real world. Remote work meetings using virtual reality technologies and digital avatars of participants are no longer something unusual. And while the metaverses are just at the beginning of their journey, they will clearly evolve with the expansion of VR, AR, and AI to provide a unique real-time virtual experience to a huge number of people around the world. Линия слева от текста .line { border-left: 2px solid #08BEB2; /* Параметры линии */ margin-left: 0px; /* Отступ слева */ padding-left: 20px; /* Расстояние от линии до текста */ } Prospects. It is important to understand that the metaverse is indeed one of the newest gaming technologies, the shape of which will be set by the leading market players. As AR and VR become more mainstream, they will touch almost every industry on the planet. In a few years, these technologies will become part of everyone’s daily life, but right now they have not yet been monopolized and are available for research and implementation by various companies, even if not the largest ones. Trend #2. Cloud Gaming. Cure For Hardware Addiction Is the cloud a new technology in gaming? Of course not. The idea itself was presented at the E3 exhibition by G-cluster back in 2000. Is there a future for cloud gaming? Of course yes. It spares low-end devices, saves computer storage, and gives joy to people for whom a modern PC or console is an unprecedented luxury. Cloud gaming is designed to provide end-users with the direct ability to play games across devices without device-dependent delays. All the processing power needed to run the game is provided by the cloud, while the player simply enjoys a state-of-the-art product on their not-so-powerful PC. Which under normal circumstances would not shoulder the burden of such a game even close. Valued at
15 min
9237 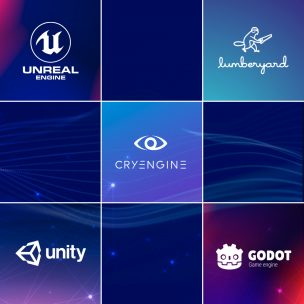 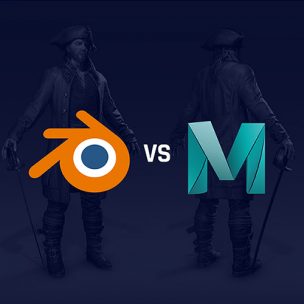 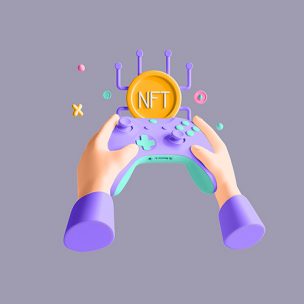 Gaming News
How Much Does It Cost to Make an NFT: From Pictures to Metaverses
While many have managed to get rich on NFTs and others still don’t know what it is, the non-fungible token market has calmed down since the boom of 2021 and carved its own niche. The subsidence of the hype contributed to the fact that only the most persistent and interested people remained in the game. And this is more than enough for it to continue to bloom: in mid-2022, the NFT market is worth $3 billion and has the potential to grow to $13 billion by 2027. Since you are here, chances are you know what NFT is and how powerful it can be in the right hands. And this applies not only to large-scale metaverse projects but also to NFT-based game is no different from creating art for a regular non-blockchain game. Therefore, the pipeline remains classic, from concept art to the final versions of all the necessary characters, assets, and backgrounds. The stages of work were as follows: Moodboard.BnW draft (2-3 options per 1 asset)Color draft (2-3 options per 1 asset)Render.Final PSDs preparing. You can see a breakdown of the estimated cost to create individual assets and all art in general for this project. Work on the art for this
15 min
3465 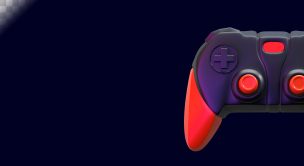 Corporate News
Kevuru Games at the External Development Summit 2022
On September 7-9, 2022, Kevuru Games will take part and be one of the partners of the External Development Summit in Vancouver, Canada. For the first time since 2019, this international games industry event will be held in-person. Our team of representatives is ready to start connecting and scheduling meetings using the XDS Connect meeting application. XDS Connect comes out a few weeks before XDS, so you can plan your communications in advance. About External Development Summit Established in 2013, the External Development Summit (XDS) is a dedicated annual international game industry event focusing on external development for 2D and 3D art and animation, audio, software development, quality control, and localization. XDS attracts hundreds of participants from over 45 countries to promote the practice of external development for the gaming industry. The event traditionally takes place in Vancouver, Canada. However, in 2020 and 2021, it was conducted online to ensure the safety of visitors in accordance with government restrictions regarding COVID-19. The key components of the event are: Sessions and discussions. Speakers from well-known companies such as EA, Apple, Ubisoft, and others share their experience and expertise and talk about their case studies, innovative tools, pipelines, best communication and management practices, etc.Expo. Event attendees can participate in the exhibition to draw attention to their services and get to know colleagues and potential customers.Charitable donations. Each year, XDS provides an annual charitable donation to an organization that aligns with the goals and values ​​of the event. The full program for XDS 2022 will be available on the event website. About Kevuru Games Kevuru Games is a game outsourcing company with over a decade of experience creating game art and developing games for PC and mobile devices. Our greatest strength is our love for games and our work, which is why we are meticulous and dedicated at every stage of game development, from concept to release. With a high level of professionalism, a well-established workflow, and a solid track record, our team has become a trusted partner for many of the world’s top developers: EA, Epic Games, Lucasfilm, and more. Our motto is to create beyond the limits, and we are always happy to see how the results of our work make the game world brighter. Feel free to contact us, we will help you figure out all the nuances and bring your idea to life in the best possible way.
15 min
1899 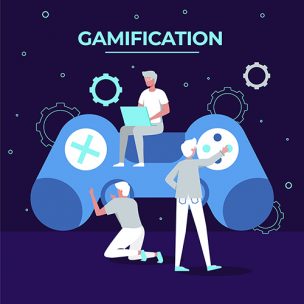