Character Design Cost: What Shapes the Price and How to Choose a Worthy Company [Extended Checklist]

Almost no game is complete without the main memorable character, who later becomes its hallmark. And regardless of whether the players choose a character for themselves or get a ready-made one, the essence remains the same: characters are a virtual personification of the player and must therefore be flawless.

Character design rates are a burning issue for anyone who wants to create a special game that will not get lost among hundreds of representatives of the same genre. Of course, a character cannot save the game if the plot is poorly thought out, the world is limited to one miserable location, and the game is full of bugs. But characters are the heart of the game − they are the closest element to the player, their avatar in the virtual world. Therefore, in no case should you try to save money on their creation.

Interesting fact. The last known study on the most popular game characters goes back to 2011. Guinness polled 13,000 gamers and got this top ten:

Now this is far from representative. But the more optimistic is the prospect of seeing your favorite character in an updated list. We wonder if anyone will do this in the near future?

Today we are here to dot the i’s and cross the t’s with regards to the character design pricing. Let’s figure out what you need to know before ordering a character creation and how much it will cost you to create two-dimensional and three-dimensional characters.

With a character, you are actually talking to the player directly. This is not just a well-drawn and implemented 2D or 3D concept, it is individuality with his or her character, appearance, habits, and approach to solving problems. To create a character, images of people, animals, plants, fictional creatures, and inanimate objects are used.

The best option is to come to the design studio with a clear understanding of what you need. This does not mean that the image of the future character, formed to the smallest detail in all the equipment, should be displayed in your head. This means that you understand what role characters will play in the game, their nature and their purpose. You can convey this information to the character design agency and, for example, give them the opportunity to freely interpret the character’s image. Then you can adjust the result together with the team.

Character creation is a long and painstaking process, full of the agony of choice, the traps of being secondary, and the eternal search for zest.

The procedure may vary, but the basic steps here at Kevuru Games are as follows:

At each stage, the company shows you the intermediate results, accepts and implements the necessary revisions, and gets approval to move on to the next step.

As we’ve already said, the 2D character design price will be lower than 3D options.

2D means two-dimensionality, that is, the fact that the image has only two dimensions – length and width.

Playing with colors, textures, and shadows can create the illusion of three-dimensionality of such images, but, unlike 3D, they cannot be rotated 360 degrees. To see them from the other side, they need to be drawn separately.

For example, take a look at the 2D characters that the Kevuru Games team has been working on. 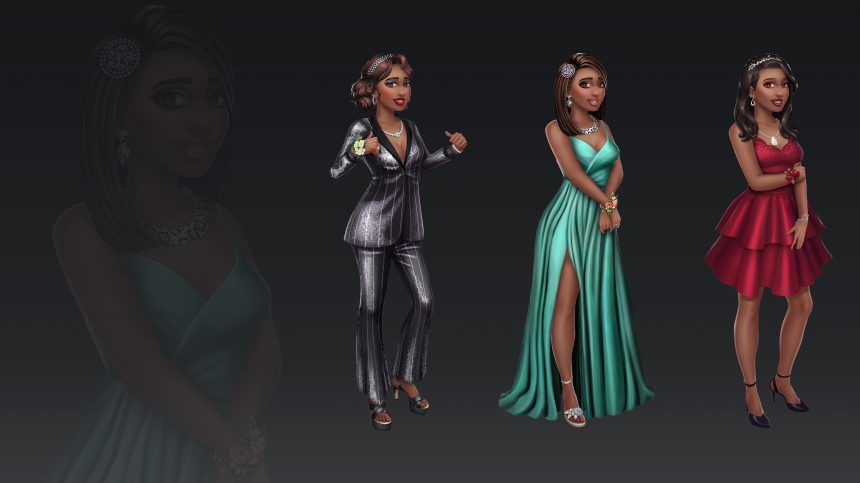 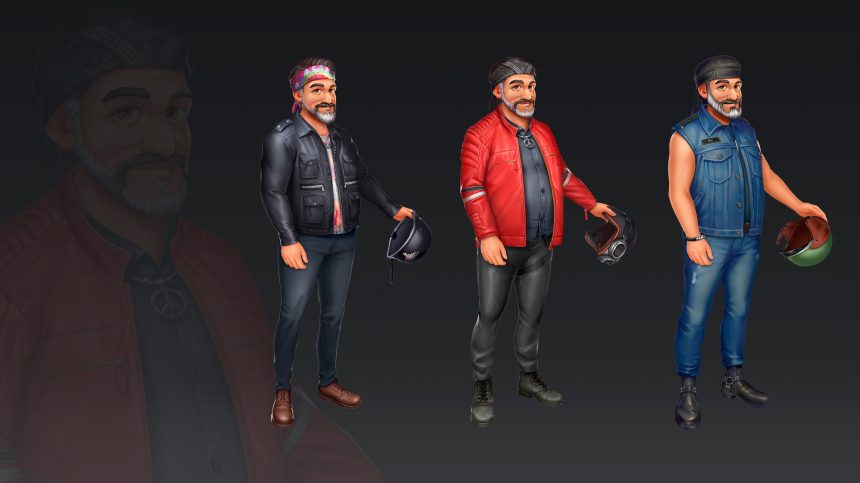 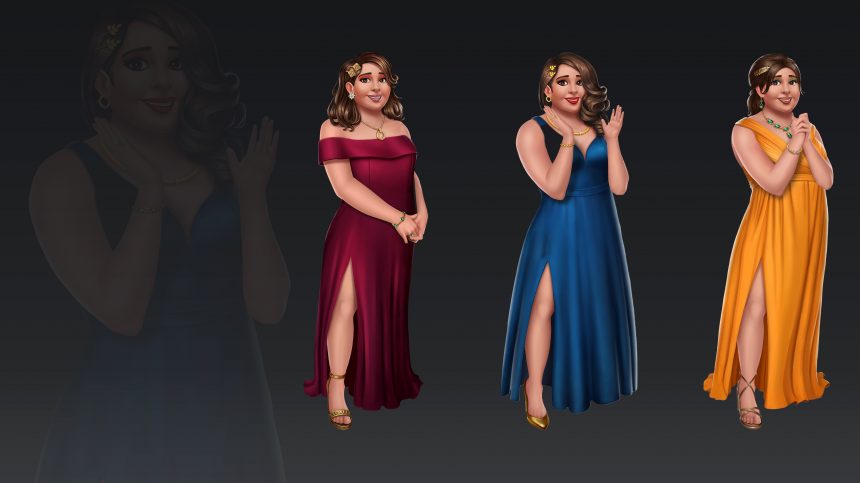 You can see more of our 2D characters in our portfolio.

2D characters can be raster or vector:

The salary of a 2D artist character starts at $25 per hour and depends on skill and experience.

The depth gives them volume and they can be rotated 360 degrees and viewed from all angles. One of the key advantages of 3D characters is their realism and reusability in other projects. To animate a 3D model, you don’t need to redraw it anew in every pose: all manipulations are possible because the model has already been worked out from all sides.

Kevuru Games’ team has developed a huge number of distinctive 3D characters, some examples of which we have included below. You can see more artwork and details about their creation on the character design page. 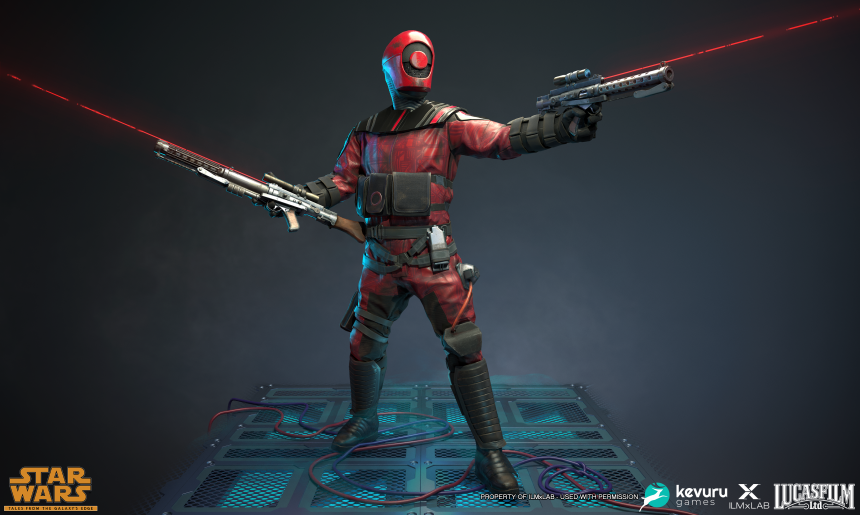 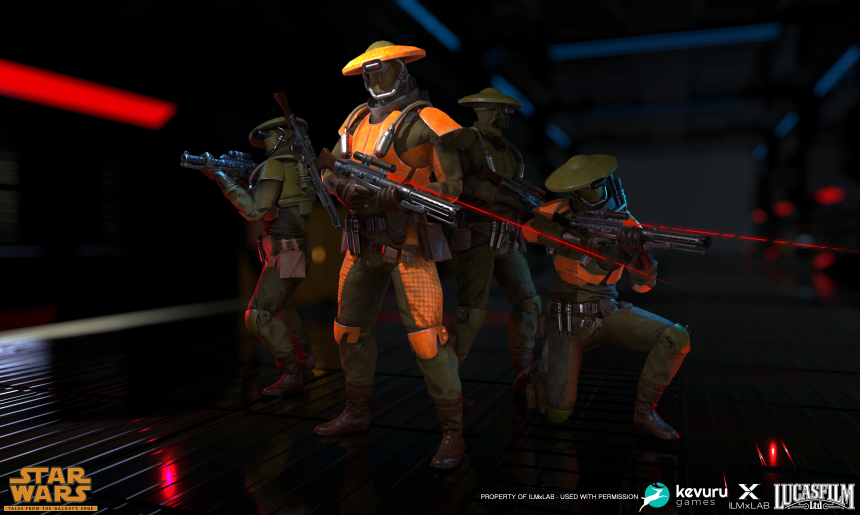 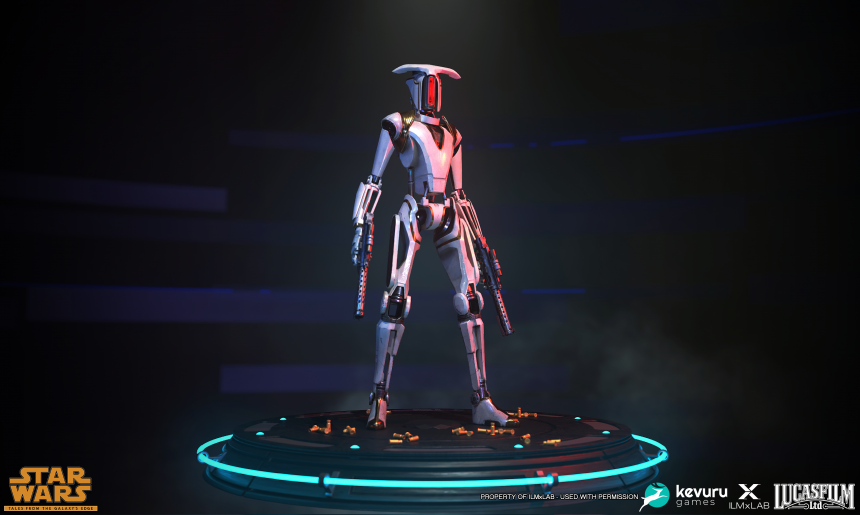 Head on to our portfolio to see more 3D characters.

How much does it cost to design a 3D character? The key to the answer is the artist’s hourly rate and the time it takes to create a 3D character.

It takes about twice as long to create a 3D model as it does to create something in 2D. Modeling, texturing, skinning, and rigging of an abstract character takes over 150 hours in total. The more detailed the model, the longer it takes to create it. Therefore, you can imagine the amount of work.

Let’s see how the labor of 2D and 3D character artists in different regions of the world is paid.

Hourly rates are calculated based on the average annual salary of game artists, taken from the PayScale and Indeed platforms.

Since one of the most significant factors affecting character design pricing is the time spent on their creation, we will depart from it. Taking into account the hourly rates of our specialists, their qualifications, and the information on the duration of work, we get the following picture.

The more specialists work on a character and the longer it takes, the higher the cost of character design.

Not sure which model you need? Contact us: we will help you make a choice and calculate the cost
Get a free consultation

How To Choose A Character Design Company

Choosing the right partner is a serious and responsible issue. With so many online tutorials and academies popping up, many instantly felt called to character design and hastily built teams ready to take on any of your projects.

In order not to get into trouble and subsequently not be sad about wasted money and time, you need to conduct a kind of casting for studios, among the services of which there is one that you need. The sequence of details to pay attention to is as follows:

✔️Choose a studio that specializes in games. There are many companies that design characters for brands and advertising, and their approach to creating them is completely different. They will not be able to help you implement a project that will become the highlight of your game. They do not understand the specifics of the gaming industry, do not follow trends, and have no idea which implementation will work best.

✔️Explore the studio’s portfolio. This is one of the simplest yet most relevant rules of all time. The showcase should include examples of 2D and 3D characters created by the company for games of different genres. Looking at them, you can get an idea about the skill of artists, their style, and approach to work. Studios that have something to show are also often featured on art resources such as ArtStation and Behance, so it doesn’t hurt to go there too.

✔️Find out about the stages of work and the scheme of cooperation. Experienced companies have well-established and proven strategies for creating characters. They can immediately explain to you what information they need from you, tell you how the work, discussions, reception, and implementation of revisions will take place, how long each stage will take, and which specialists will be involved. This information will allow you to make sure that your character will be created according to the optimal pipeline.

✔️Check out testimonials from previous clients. Usually, experienced art studios have a separate section on their website with testimonials from clients who wish to share feedback about cooperation. Information from there can provide valuable food for thought. For example, a company may have exceptional experience creating characters but cannot meet deadlines. If you have doubts about the authenticity of the reviews, you can always contact their author and find out if they wrote this text.

✔️Find out the approximate character design cost. Calculating an approximate cost is a common thing for an experienced company. You tell the artists what kind of character you require, 2D or 3D, what style and level of detail you want, and if rigging and skinning is needed. Based on this information, the company estimates the approximate amount of time required for work and names the price. If the studio cannot name even an approximate amount, think about the viability of such cooperation.

At Kevuru Games, we have been creating 2D and 3D characters for over 10 years. Our experienced artists catch the client’s idea on the fly and bring it to life in an authentic and memorable way. We offer transparent and affordable 2D/3D character design cost breakdowns so that you understand every detail of the character development process and can freely influence it.

Collaboration with major players in the gaming industry such as Epic Games, EA, and Lucasfilm has solidified the vision of our mission – to create exceptional gaming projects that demonstrate the continuous development and limitless possibilities of the gaming world. Let’s light new game stars together: just say the first word and we’ll pick up the rest.

Game Art vs Game Design ‒ What Is the Difference?
15 min
138

What Are Game Metrics and Why Do They Matter: Clear Formulas and Useful Sidenotes
15 min
516