The Exclusive Experience of Participation in a VR Project: Creating Ultra-Realistic Models for Birdly Insects

The use of virtual reality in the modern world is becoming deeper and more conscious every day. Away from video games, VR technology is actively used in construction, industry and, of course, education. Over the past few years, virtuality in education has been recognized as a powerful and effective learning support tool. In particular, virtual worlds allow performing specific tasks in various settings created as scenarios for specific learning purposes.

Given all this, our client, the Swiss company SOMNIACS, has placed its bet on VR by creating Birdly, a unique VR platform focused on flight simulation. A special place among the already created experiences for this platform was taken by the world’s first Birdly Insects simulator, designed as a highlight of special exhibitions in Switzerland to celebrate the 100th anniversary of BirdLife Switzerland, an organization for the protection of birds and the preservation of their habitats.

The essence of the project was to create the most realistic environment in the form of a lawn filled with real species of insects, plants and birds. Our team had the honor to take part in the creation of 3D models for this simulator.

The Birdly Insects simulator was part of the special exhibition “Insects – secret heroes” at the BirdLife nature center in Neerach, and also the highlight of the new BirdLife traveling exhibition “Take off for Biodiversity”, which took place in about 50 locations in German-speaking and French-speaking Switzerland over the course of several months.

For its 100th anniversary, BirdLife Switzerland decided to raise awareness of the importance of environmental infrastructure for Switzerland. The Birdly Insects project had a special purpose – to draw public attention to the importance of insects in the planetary ecosystem and the problem of their extinction, which would lead to ecological catastrophe. To do this, it was necessary to completely immerse visitors in the habitat of insects and invite them to take on the role of one of these insects.

Feel like a butterfly – fly over the flower meadow and explore the wonderful world of insects and plants up close. The grassy landscape turns into an adventurous jungle, and only constant attention, caution, and observation will help you pass through them unscathed. Wearing a virtual reality headset, visitors were supposed to turn into a butterfly and fully explore the world around them.

“Insect death is a reality. The older generation keeps telling us how the windshield of the car used to be full of insects – but where are they now?” asks Stefan Heller, head of the BirdLife Nature Center in Neeracherried.

It was the complete realism of the environment that visitors embraced with the help of the VR platform that could help them realize and feel all the vicissitudes and dangers of the life of an insect. Every blade of grass, every stamen and every scale of an insect must be visible. To achieve such lifelike realism, SOMNIACS asked for help from our 3D specialists, who had a lot of experience in modeling.

Despite the fact that our team has repeatedly worked with VR projects, Birdly Insects was a completely different case. Unlike other commercial or gaming projects, the key feature of this simulator was absolute lifelike realism, breathing and spellbinding. It was a prerequisite for visitors to be able to fully immerse themselves in the world of wildlife. To achieve this, our team was provided with numerous references, which included:

“We were tasked with creating the most detailed and most realistic 3D models of insects, birds, and plants. We also made animations for insects and birds. The basis for this was the realistic habits of these insects and birds in wildlife,” the PM of the project says.

An additional advantage was the participation in the project of natural scientists and biologists, who provided qualified feedback on the correctness of displaying various details of the models. 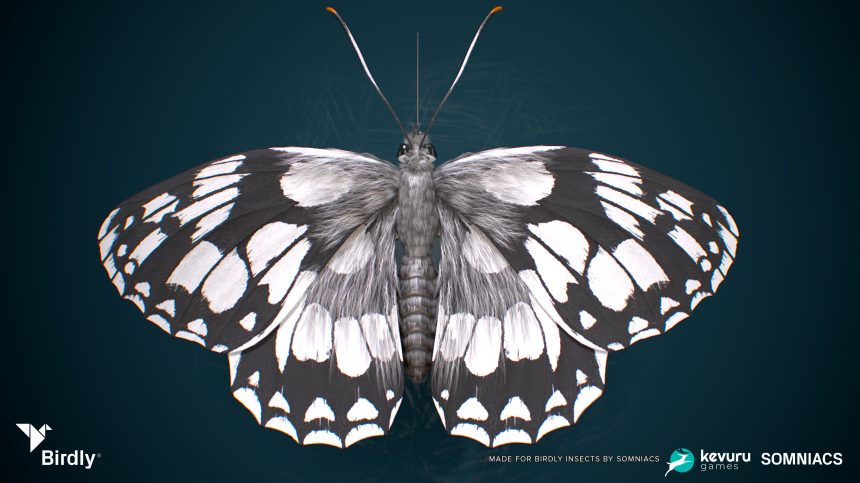 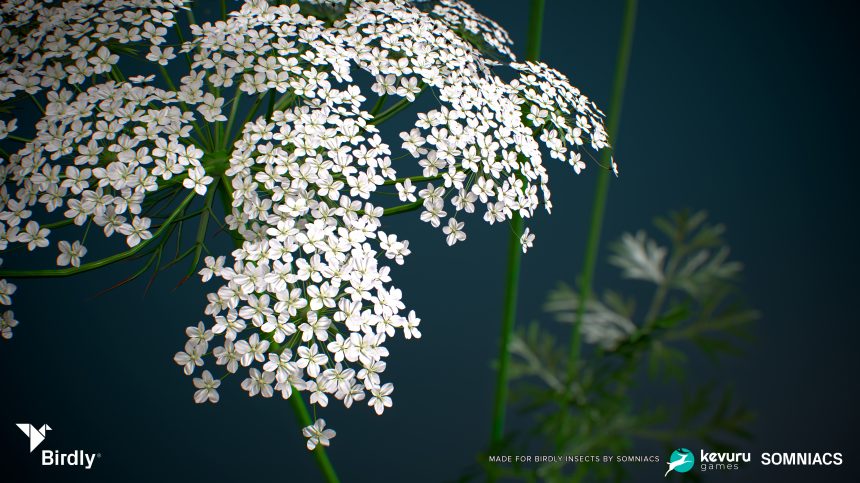 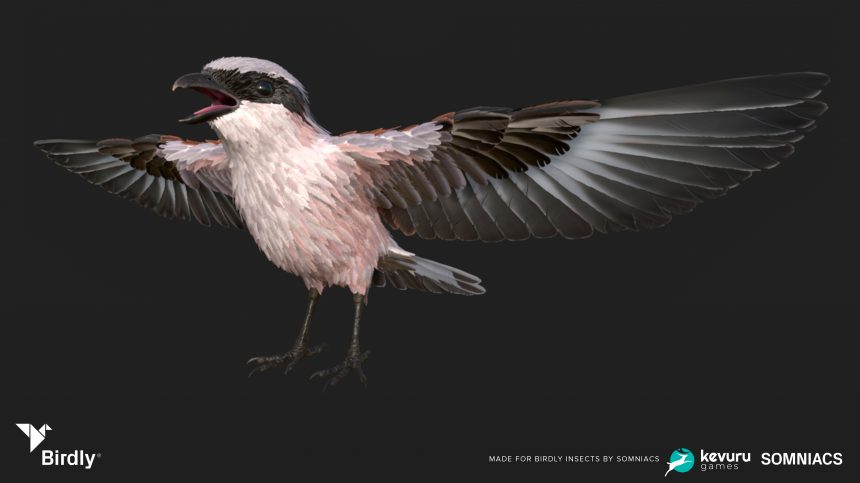 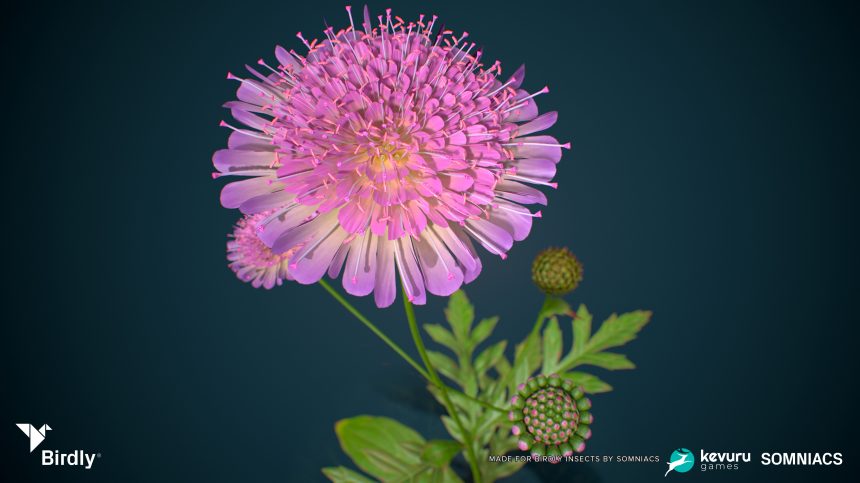 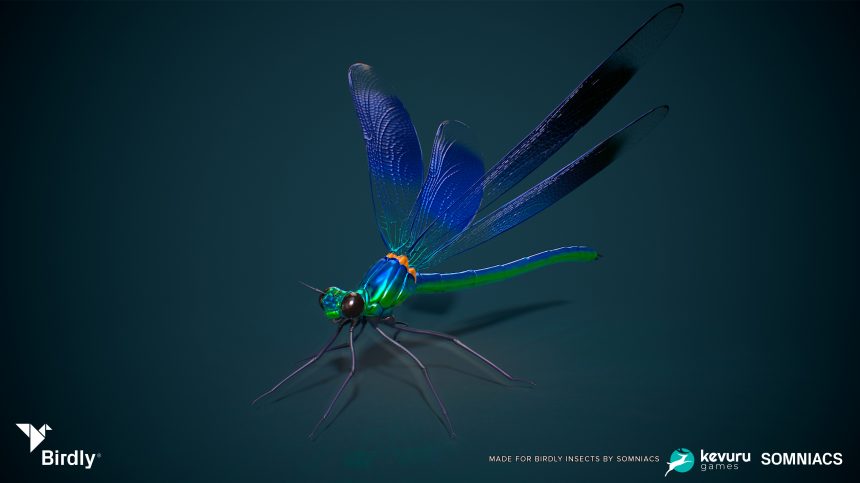 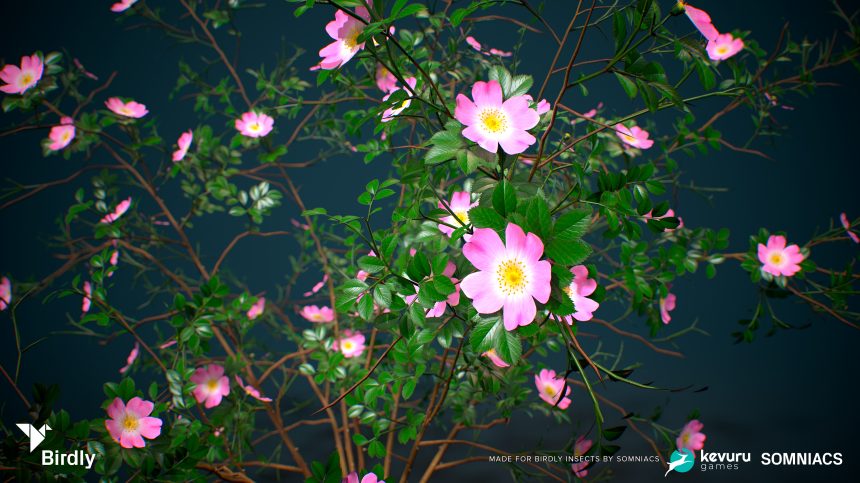 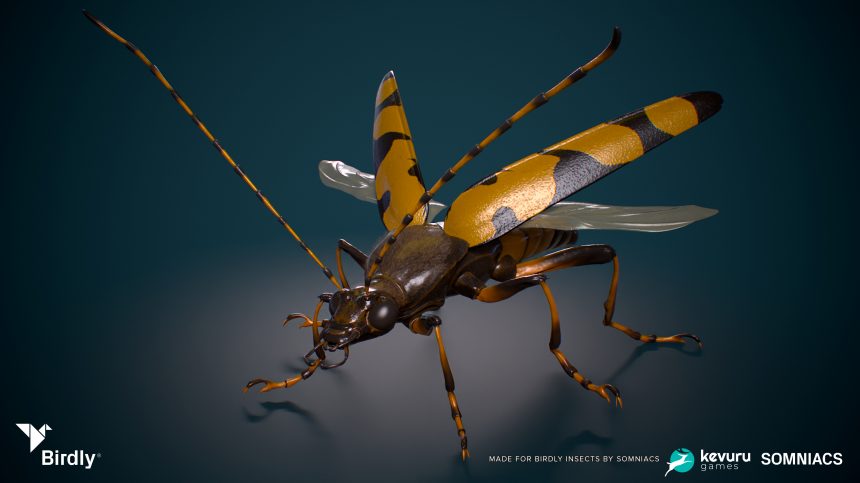 “The main character is a black and white butterfly. You see the whole world around through the eyes of this butterfly. Hyper-realism is necessary for a clear immersion in the environment and awareness of proportions: the bird looks big compared to the butterfly, the bushes and grass look like a jungle for the butterfly, it can see every thorn, every leaf and flower as close as possible. We tried to ensure that when people got to know this world, they would see it as real, existing,” the PM recalls.

Our work was divided into two key blocks – the creation of models and their animation. In turn, modeling included the creation of insects, plants and birds. So the team structure looked like this:

We applied the classic pipeline to produce highly realistic models:

Before the start of each new stage, the results of the previous one were agreed upon with the client. Given the different complexity of the models, they were created at different speeds, and the artists worked in parallel, presenting the results as they were ready. For example, creating a bird took much more time than modeling a wasp.

After the models were approved, the animators got involved. Using real-life shots of birds and insects, they implemented a wide range of different movements for the models. The pipeline for creating 3D animation consisted of the following steps:

Thanks to detailed references and feedback from qualified experts in the required species, our team was able to create the most realistic models and seamlessly fit them into the required environment. 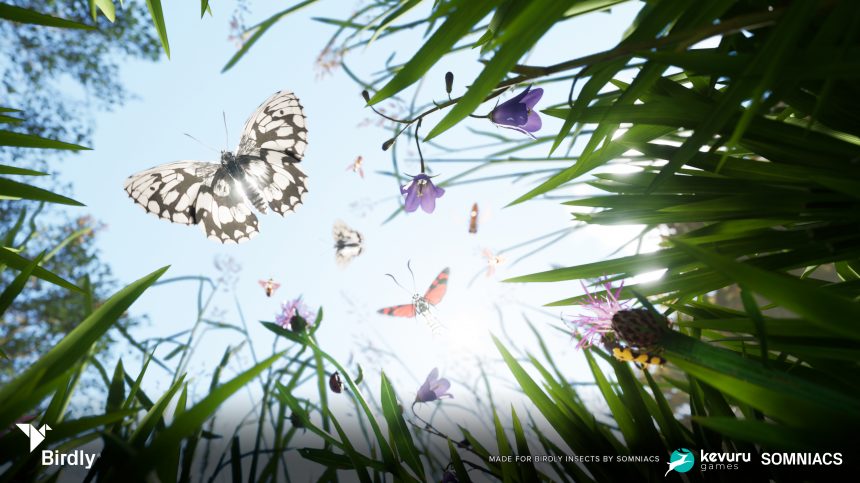 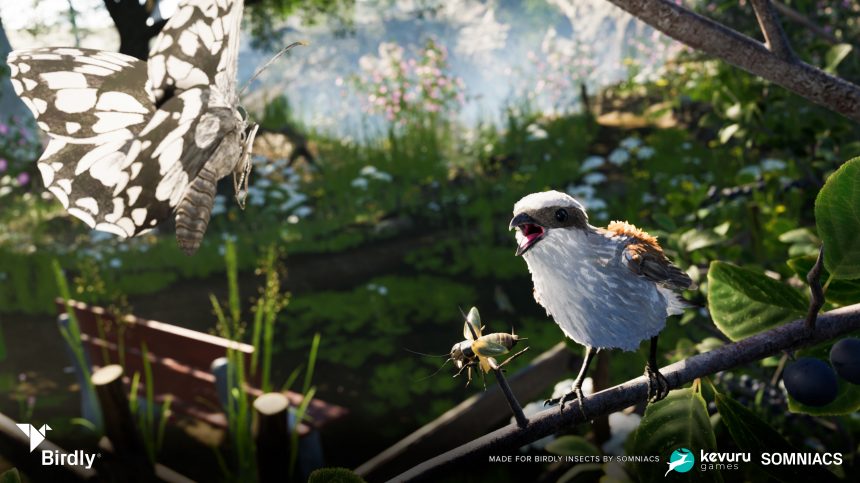 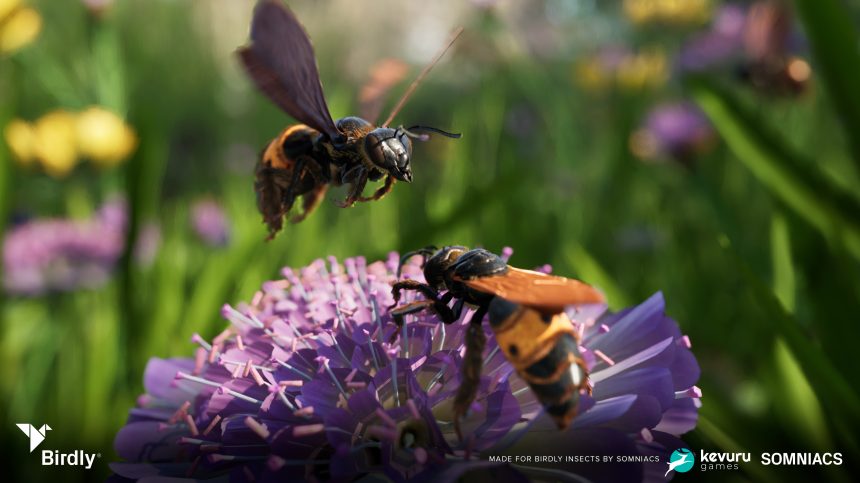 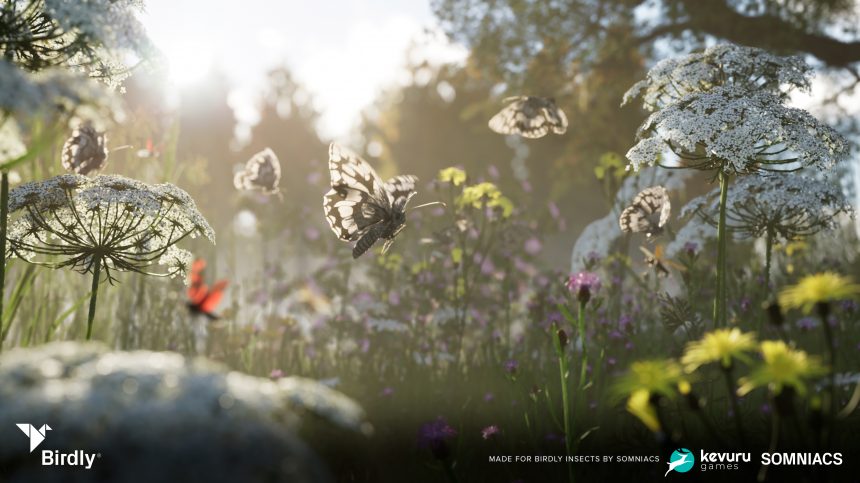 The Result of the Work

Work on the VR project Birdly Insects lasted 3 months. During this time, our team created 23 full-fledged models of plants, insects, and birds with animation. Fast and stable operation was established thanks to a detailed brief, clear references, quick feedback and an optimized pipeline with no downtime.

We succeeded in high realism of the created models, which allowed us to achieve the key goals of the customer and make the simulator as immersive as possible so that visitors could fully experience the life of an insect.

The simulator was enthusiastically received by many museums in different Swiss cities and attracted wide public attention to the role of insects in the world’s ecosystem.

Video Game Questions to Ask: 10 Points to Check Before Choosing a Developer
15 min
405