Voice technology is not yet a very common technology in the gaming industry, but some advanced developers have long noticed this great opportunity to breathe more life into games and achieve amazing engagement. One of the pioneers of voice direction is the Portuguese company Doppio, which harness the power of voice to create vivid and addictive gameplay.

Voice Quest, created exclusively for Google Assistant, is a story in a unique format that allows players to immerse themselves in the medieval atmosphere of the Knights of the Round Table and become a key character influencing the outcome of events. The main task is to save King Arthur from the tenacious grip of insidious Morgana, who decides to seize power. Such a story, of course, requires an appropriate visual presentation that transports players to the correct era and dynamically changes as they develop. The creation of authentic characters, environments, and other game art elements became the main mission of the Kevuru Games team.

The tight deadlines and a decent amount of work led to the formation of a rather large team for this project. Doppio provided the concept of the necessary characters to be finalized and animated, as well as the wishes for the background image, which was supposed to have a side-scrolling effect.

Our team of artists was given considerable freedom of imagination:the client was open to suggestions for interpreting the characters and representing their movements. In his dangerous and difficult adventure, the protagonist faces different types of enemies who are trying to prevent him from reaching King Arthur. To defeat them, the player must manage to shout the correct spells, which are created by combining elements of nature – air, earth, water or fire – with an action word. Players have more than 2500 witchcraft options at their disposal. Of course, players also need to keep an eye on their mana level to use it for the right spells for the rest of the current round.

A separate task was to develop icons for Arthur, Merlin, Morgana, and the main character. The first three were created on the basis of the main characteristics of the characters given by the story: beautiful and insidious Morgana, brave but slightly self-centered Arthur, and experienced and wise Merlin.

The main character, like each of his enemies, had to have his own unique set of animations for movement, idle state, battle, and more. The animation team designed all these movements from scratch, offering the client different options that best suited various types of characters. 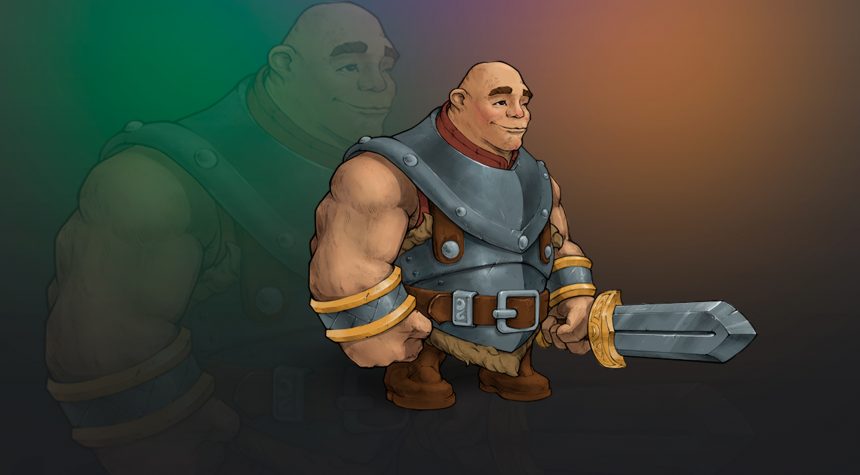 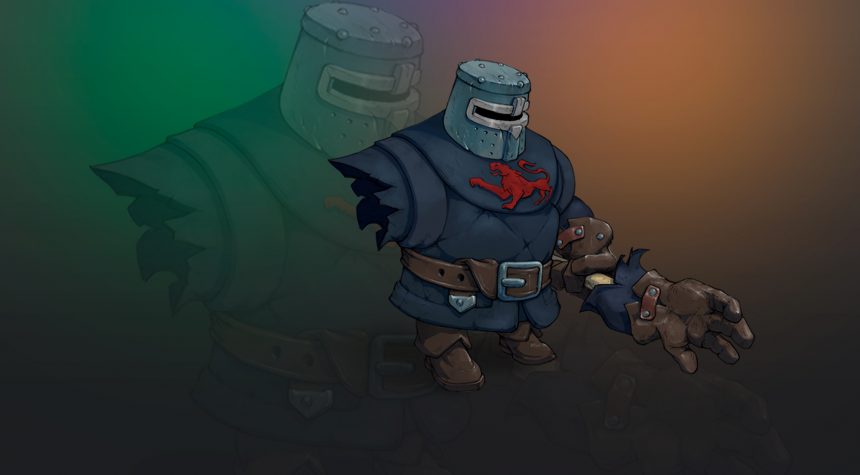 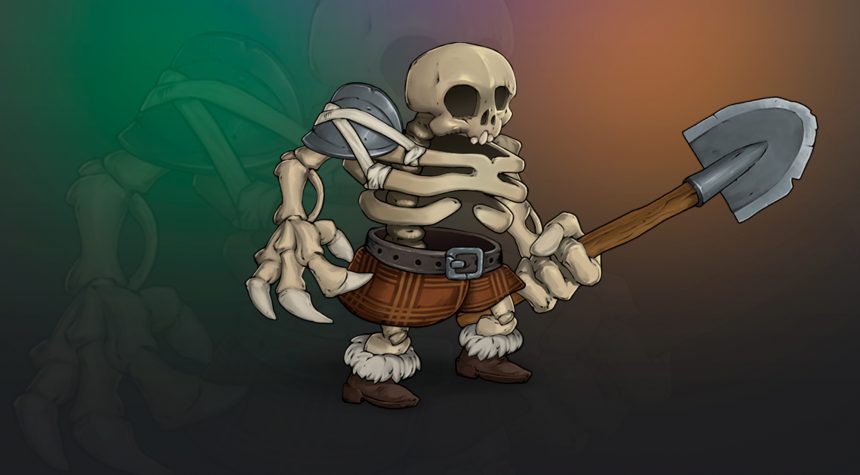 To optimize the character creation process, we synchronized the work of 2D artists and animators, dividing them into pairs and entrusting them to work out specific characters. This allowed us to significantly speed up the work and almost simultaneously submit all the necessary characters for consideration.

The implementation of the side-scrolling effect of the protagonist’s journey was achieved with the help of a seamless road: thanks to skillful looping, we created an infinity effect, supported by new enemies that appear at each new level.

When working on animation, it was necessary to take into account the specific physique of each character, so the animators offered several options for their vision of their movements. Work was in progress on animating an idle state, walking, attacking with a spell and without it, defending, hitting, and celebrating victory. Giving characteristic movements to enemies appearing on the screen allows the player to assess their possible strength and prepare in advance for battle. For example, skeletons, which are not the strongest opponents, move slowly and rather clumsily, while the Black Knight is a much more agile, fast, and dangerous opponent.

Our artists also thought over a splash screen. This is the image that appears on the screen while loading the game. It partially reveals the gameplay, showing the main character from the back, the road on which he moves, and the enemies blocking his path. The logo developed by us consists of the name of the game and an emblem that unites the four elements of nature. The font and style of the logo were chosen with an emphasis on Celtic symbolism.

Thanks to daily communication with the client and the regular provision of the results of the work, the process of creating art and animation went very quickly and smoothly. All wishes and corrections from the client’s side were implemented immediately after the discussion and presented the next day.

In less than a month, our team managed to do a lot of work, including icons, splash screen, art, and animation of the main character and his enemies, as well as a looped background. With our suggestion to remove some of the violent elements such as blood and gore from some of the enemies, the game managed to get past the 18+ age limit and reach a much larger audience of potential players.

The quick and well-coordinated work of artists and animators made it possible to complete the project even ahead of schedule. Voice Quest is now available for selected smart displays like the Google Nest Hub or Android devices and tablets with built-in Google Assistant. The game has 30 levels available in the Woodlands location and more levels are expected to be released in future updates. 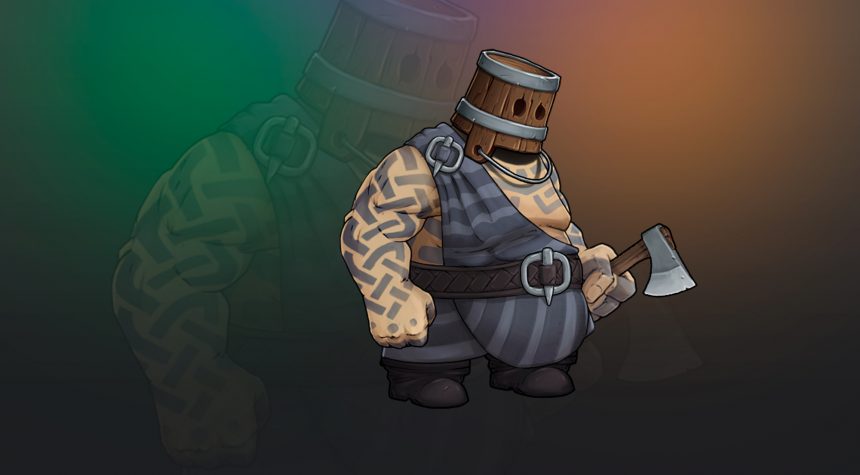 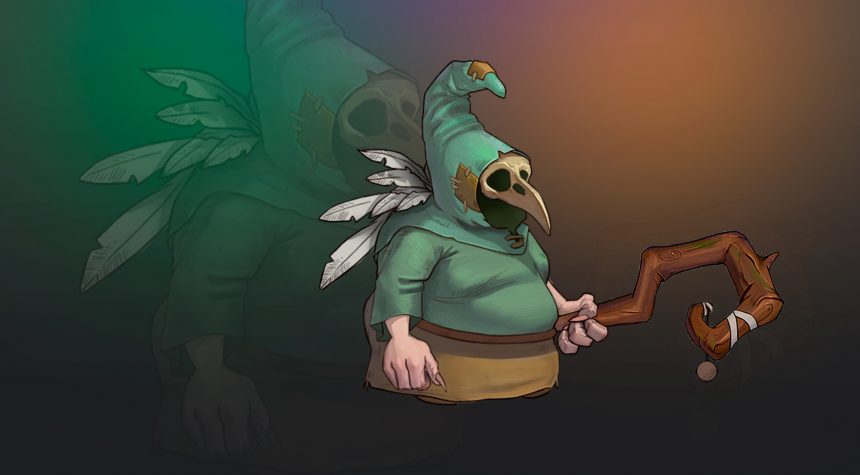 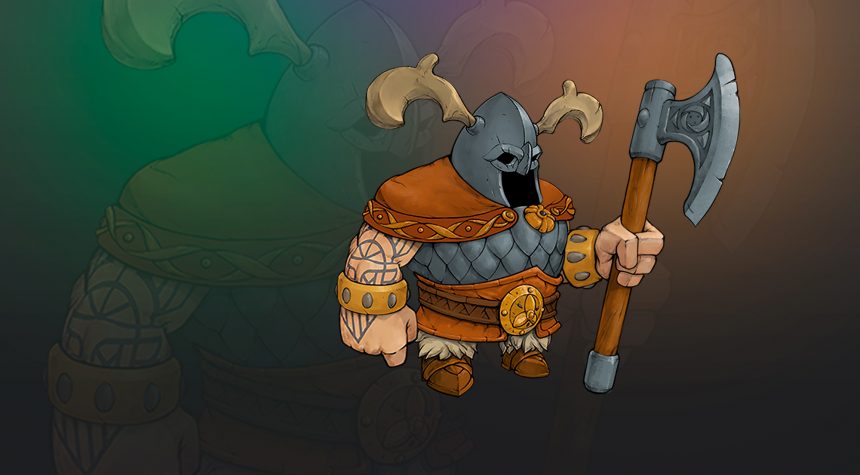 Voice games are an impressive new word in the virtual entertainment industry. The use of voice commands in the gameplay allows players to better immerse themselves in the story, feel their involvement in what is happening, and influence the outcome of the story. Our team is very grateful to Doppio for the opportunity to have a hand in creating 2D art and animation for a game in such an innovative format.

Don’t be afraid to embody interesting ideas and follow the latest technological trends: Kevuru Games will be a reliable support in all your endeavors in any aspect of game development.